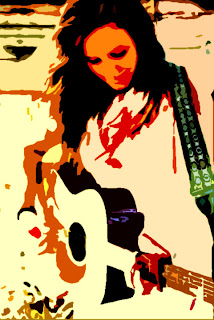 Posted by mary pearl at 1:00 PM No comments:

Credit: Lee Luther Jr.
Sally Rose Monnes, 19, of Nelson, says she has been singing since she was born and is set to release her second album.
By Erin McGrath
Published: November 17, 2010

Growing up in a musical family, Sally Rose Monnes, a 19-year-old Nelson County native, said music in her life was “obvious and accidental.”
“I’ve just been singing ever since I was born and I started writing lyrics when I was 8 years old,” said Monnes, of Nellysford.
Her mother, Cathy Monnes, was classically trained on the cello. At 11, Sally Rose received her first acoustic guitar as a gift from her father, Fuzzy, and began taking lessons at Blue Star Music in Lovingston.
Now, she is getting ready to release her second album, titled “Heat Lightning,” in January.
“I’ve devoted my entire year to (the album) and really pushing my music out there because I have to push myself,” Monnes said. “I’m my own manager, producer, my own gig booker. I’ve been doing it since I was 13.”
As a teenager in high school, she began playing open mic nights at local coffee houses and participating in the show choir and musicals at Nelson County High School.
“I’ve never been a shy person,” she said. “Acting and performing really, really helped me because I was able to understand that you could open up in front of people.”
At 17, she released her first CD, “Home,” which has since sold more than 1,000 copies.
The singer-songwriter said she has dreamt of the day when her second album would be released.
“You’ve got to have a dream first and then you make it a goal and then you make it happen,” she said. “I dream of this day, just as I’ve dreamt of the day that I will have a third or fourth CD. Or fifth CD, whenever it happens.”
“I know you’ve got to work for what you want,” she said.
The album started as an idea to record a small demo mix earlier this year. From there, with Monnes writing and recording songs, the demo mix grew into a full-length album.
“It’s so exciting. It started out as this tiny project,” she said. “We had five songs and then seven songs and by the time we finished that, a couple months of work, we were making another album.”
Joe Madison, owner of Blue Star Music, has helped Monnes record both of her albums. He began teaching Monnes guitar when she showed up at his door with her father almost 10 years ago.
“Her dad knocked on my door, and said, ‘Here’s the guy that’s going to teach you how to play,’” Madison said. “She was a smile on two little feet. She was very sweet.”
Madison said Monnes would come in to her lessons with two or three songs per week that she had written herself.
“Even at that early age, she would write a song about anything and make it sound good and different,” he said.
Monnes describes the music she writes and plays as a mixture of “indie, folk and rock” and takes influences from everyday life in her writing.
“I don’t come up with ideas to write songs. It’s very purely based on where I am in my life, my emotions, where my head is, and my heart. It’s a very personal thing,” she said. “If I’m thinking about something a lot, then a song is going to come out of it.”
Madison, who said he has had hundreds of people of all ages come through his music studio at Blue Star Music, called Monnes a “true artist.”
“She has a natural writing ability. She can blend images, melody, emotion and honesty,” he said. “When she sings these songs to you, you can really feel them. She has a way of getting through to you.”
Monnes is planning two CD release parties for “Heat Lightning” in January. One will be at the Southern Music Hall in Charlottesville on Jan. 2 and another at Rapunzel’s in Lovingston on Jan. 8.
Posted by mary pearl at 10:13 AM No comments: 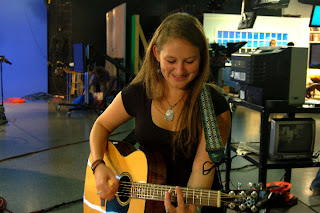 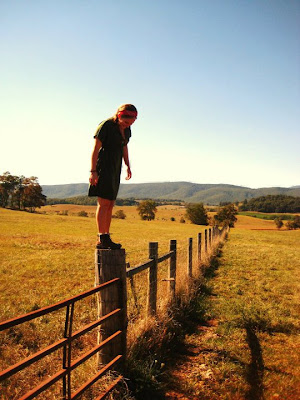 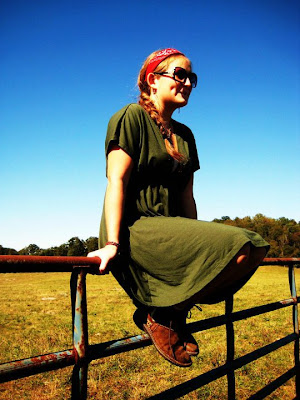 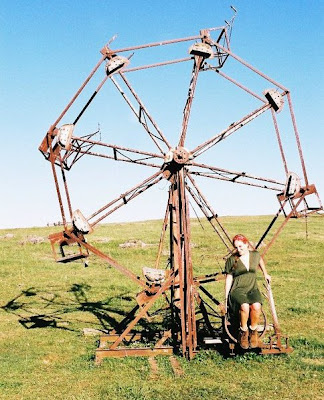 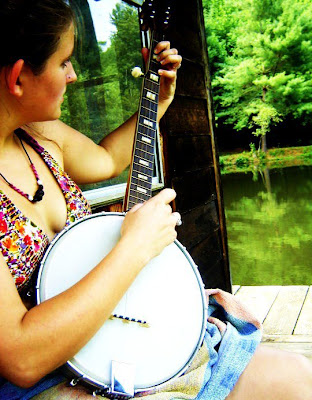